Psychology in the News 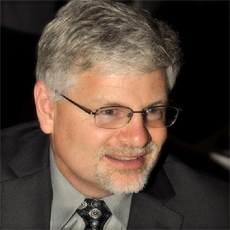 Dr. Strayer, Professor of Psychology, and his work of nearly two decades has been featured in the Summer 2018 issue of Continuum: The Magazine of the University of Utah.  In the article, Hang Up and Drive, he lays out the dangers of driving under the influence of cell phones and other technology. Read more here.

This new study, led by Dr. Strayer, Professor of Psychology, compared Apple’s CarPlay and Google’s Android Auto with infotainment systems that came installed with several car makes. It found that CarPlay and Android Auto were 24% faster on average than the vehicle systems for making phone calls, and 31% faster when programming navigation.

Other researchers involved with this study

July 14, 2018:  The sexuality revolution: More than a fifth of straight women in our survey have fallen in love with another woman. What's behind this midlife fluidity?  Read more here.

Women ‘switching sides’ – or crossing sexual boundaries – relatively late in life has been in the public eye more than ever recently.  Dr. Lisa Diamond, Associate Professor of Psychology and Gender Studies, has spent decades studying sexual fluidity and confirms that this common assumption that all late-life lesbians must have been in the closet is not correct.  ‘Maybe we prefer that explanation because the alternative is too scary for some people,’ she says.  ‘It might mean that none of us knows our sexuality as much as we think.  Maybe we, too, could suddenly be surprised.’

Dr. Drew, Professor of Cognition and Neural Science, found that health care workers may be contaminating themselves and their work environments by neglecting to use personal protective equipment and follow preventive protocol.  “At the core of our work is the idea that we need to be even more thoughtful about the type of equipment that we introduce in health care,” said Dr. Drew, who is the senior author. “More usable equipment will make it easier for health care workers to do their tasks.”

Dr. Chen, Assistant Professor of Psychology, recently published a study titled Black+White=Not White: A minority bias in categorizations of Black-White multiracials. The study found that observers are more likely to categorize someone who is black-white multiracial as non-white.  Chen said, “The bottom line is that we find people tend to see racially ambiguous, multiracial people as racial minorities.” These findings are the first to document minority bias as a guiding principle in multiracial categorization.

In a study done with the Care New England Medical Group and Dr. Barry Lester it was found that breastfeeding may change gene activity in babies, making them less reactive to stress.  According to Dr. Conradt, Assistant Professor of Developmental Psychology, "the most exciting thing to us is that in the past, we  could describe how maternal care giving was related to infant responses but we couldn't explain it.  Now we have a better understanding of how caregiving gets under the baby's skin."