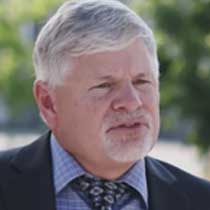 Dr. David Strayer has led a study for the American Automobile Association Foundation for Traffic Safety that analyzes in-vehicle technology features in newer cars. His research shows that new car “infotainment” is often too dangerous to safely use, with system use being more distracting than cellphone use or even texting while driving.

According to Dr. Strayer, there is a major concern with safety. The average driver is going to think all technological devices are safe to use while driving. But David’s research shows the drivers’ eyes are off the road for long periods of time and drivers are engaged in really complex interactions. With both voice-based and touch-screen technology, the drivers’ hands, eyes and minds were not concentrating on the road.

Dr. Strayer’s study included 30 vehicles, testing the drivers and their attention levels when using the built-in technology. David’s research team developed an advanced rating scale to measure how distracting tasks are. All 30 vehicles failed the test.  Not one vehicle produced a low level of demand for the driver’s attention. Most systems found in cars require a high level of demand for drivers’ attention. David sees more technology being put into cars that have nothing to do with driving the car, but everything to do with distracting the driver from driving safely.

For more information on the rating scales, see the full story.