We really do just need one another 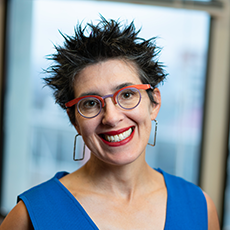 In a study of couples, social psychologist Lisa Diamond of the University of Utah observed minor withdrawal-like symptoms, such as irritability and sleep disturbances, along with an increase in cortisol in subjects after they were separated four to seven days. Participants who reported high anxiety about their relationships had the biggest spikes in the stress hormone levels. What would happen, I wonder, if the separation was much longer as with the current pandemic? Would minor withdrawal symptoms become major?