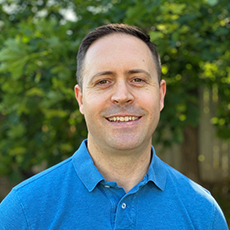 Congratulations to Matt Euler who was recently awarded the Richard J. Haier Prize for Research on the Biological Basis of Intelligence by the International Society for Intelligence Research.  This prestigious award was based on nominations by Dr. Haier and other experts in the field.  Big congratulations Matt!!

Richard J. Haier Prize for Research on the Biological Basis of Intelligence

The INTERNATIONAL SOCIETY FOR INTELLIGENCE RESEARCH (ISIR) has received a gift to fund one-time awards to researchers engaged in biological studies of intelligence. The donor, who wishes to remain anonymous, has asked that these awards be named to recognize Richard Haier’s long-time work in this area. Each award is a prize of $10,000 paid directly to the awardee. The prize money is unrestricted and can be used as the awardee sees fit. The purpose of the award is to encourage a continued career commitment to research on the biological basis of intelligence. All prizes will be awarded at one time in 2021. Future Prizes, if any, are contingent on additional donations.

Consistent with the wishes of the donor, The ISIR Board of Directors will decide the prize recipients after consideration of names nominated by Richard Haier with consultation with experts in the field. Open nominations are not considered. Prizes are limited to researchers in early to mid-career who have already published peer-reviewed work on the biological basis of intelligence.